Laura Maaß as Bremen representative via the EUPHA Steering Committee 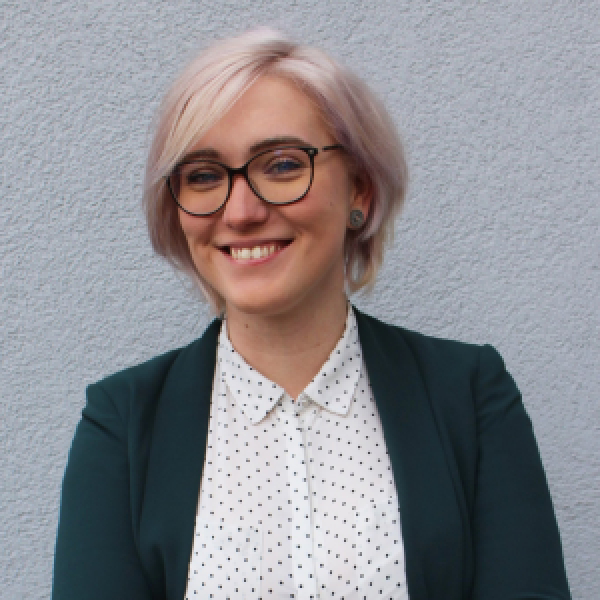 The European Public Health Association (EUPHA) has appointed Prof. Dr. Hajo Zeeb and Laura Maaß from the Leibniz Science Campus Digital Public Health to its Steering Committee. The EUPHA seeks to build a unified understanding of public health in Europe. In the interview, Laura Maaß talks in detail about the EUPHA as well as her motivations for getting involved in it.

Eike Dahle:
Hello Laura, please introduce yourself briefly, who you are and what you do.

Laura Maaß:
I'm Laura Maaß, 29 years old, and I did my Bachelor's and Master's in Public Health at the University of Bremen. I have been at SOCIUM since 2018 in Professor Rothgang's department, which deals with health economics and nursing economics, among other things. In April 2020, I applied for one of the six PhD positions from the Leibniz Science Campus. Since then, I have been researching European healthcare systems regarding the use of digital technologies (e.g. electronic health record or telemedicine) and why they might not be used yet.

What made you and Hajo Zeeb decide to work together?
I have actually known Hajo since my bachelor's degree, back when he was still teaching epidemiology and I worked for him as a tutor. He is also my second supervisor for the doctoral thesis, together with Professor Rothgang. He then came up with the idea that we could apply together for the European Public Health Association, or EUPHA.

When did you join the EUPHA Steering Committee?
We applied in February 2021. We have actually been on the committee since April 2021.

What is your general task and what is the basic task within the committee?
The European Society consists of 26 different sections, one of which is Digital Health. The Steering Committee leads the Digital Health section.
Our general task is to inform, exchange and network. This means that our members get access to the website of our section, where we try to collect publications that we consider important. But we also send out e.g. information about conferences, job offers in important key positions or publication calls in the newsletter.
Within the Steering Committee we are in the process of establishing four working groups. One is the group that takes care of communications, meaning they take care of social media content and getting the word out about our section.
Then we have the Academic group - I'm a member of that - that takes care of writing comments/statements in scientific journals. Furthermore, we have a group that deals with monitoring. This group posts relevant articles on Digital Public Health on our website. A brand new addition is now a working group that deals with Digital Public Health education of healthcare providers such as nurses or physicians.

Can you tell us a bit more about the EUPHA?
EUPHA was founded in 1992, so it is exactly as old as I am now (Laughs). The EUPHA consists of 80 members from 47 countries, so there are over 20,000 public health experts from all over Europe. Among others, the German Society for Public Health is represented, whose first chairman is Prof. Gerhardus from Bremen. The EUPHA tries to expand and advance the European public health picture and to network scientists.

How did you and Hajo Zeeb come to be on the committee?
Hajo is our spokesperson from the Leibniz Science Campus in Bremen. That is, his hope was most likely to make the campus a bit better known. For me, it was mainly to establish contacts as a young scientist. And I was already in close contact with the Vice President of the Section Stefan Buttigieg, because he already helped me with my PhD thesis as an expert in Digital Public Health from Malta. Accordingly, the path was not so distant and far-fetched to say:
"Okay come on, we'll just apply for it and maybe we'll make it in or one of us will make it in." (Laughs) And now we're both in.

Tweet
More in this category: « Join us! We offer the position of a post-doc for the Research Cluster Evaluation
back to top